Mercato | Mercato – PSG: Things are going on behind the scenes for the succession of Mbappé! 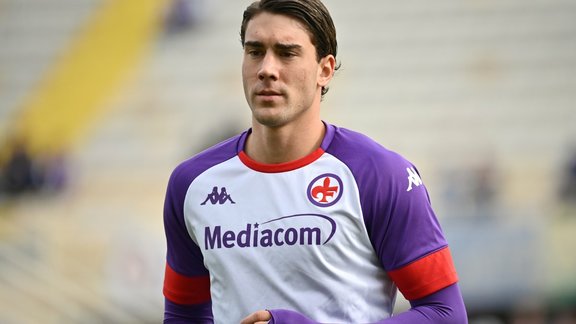 To compensate for the possible departure of Kylian Mbappé, PSG would think of recruiting Dusan Vlahovic, who is doing wonders for Fiorentina. Aware of the situation, Rocco Commisso intends to take charge of this file and plans to discuss with the player or his agent very soon.

At the end of his contract on June 30 with PSG, Kylian Mbappé would still refuse to extend in order to be able to sign for Real Madrid. Aware of the situation, Leonardo would have already planned everything for his succession. As le10sport.com revealed to you exclusively, the sporting director of PSG is thinking of Erling Haaland as a priority to replace Kylian Mbappé. And while Robert Lewandowski acts as plan B, Dusan Vlahovic would also be a track for PSG for the post- Mbappé . Moreover, Fiorentina would be on the starting blocks to settle this file.

According to information from La Nazione, Rocco Commisso has returned to Florence and would have planned to take charge of the Vlahovic file. With this in mind, the president of Fiorentina intends to discuss very soon with Dusan Vlahovic or with his agent. Even so, January should not be the time for La Viola to make a final decision on the future of their Serbian striker. Case to be continued …