Mercato | Mercato – PSG: This huge bomb on the future of Sergio Ramos! 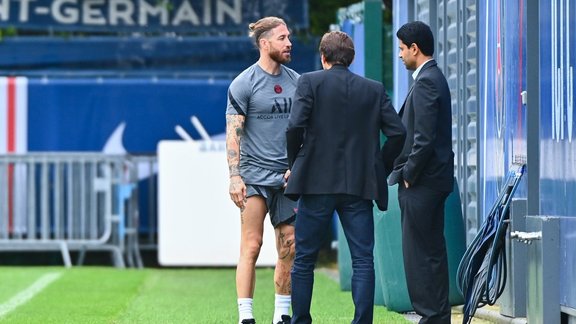 While he has still not played a single minute with PSG since his arrival, Sergio Ramos could well leave faster than expected.

In recent days, Leonardo had stepped up to the plate for Sergio Ramos , assuring that PSG was perfectly aware of the situation: “The Spanish press says that there is a problem with Ramos and you are playing the game of the Spanish press. They want to say he sucks and you help. But we knew everything, we know where our players are, we know it! So it's a bit too much. However, doubts continue to arise regarding the case of the Spanish defender who still has not played.

A termination of contract envisaged?

Indeed, the return to the Sergio Ramos 's competition keeps being postponed, and the fear of a monumental fiasco is growing. This is the reason why, according to information from the Parisian, the PSG would not rule out the hypothesis of a contract termination. Despite everything, this is obviously not the priority option since the Parisian staff is doing everything to get Sergio Ramos back on its feet. But the idea of ​​an early end is therefore not to be ruled out …