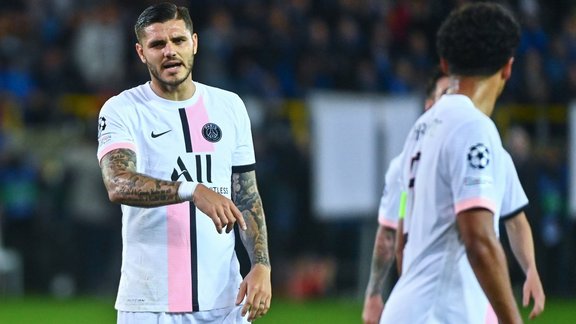 Withdrawn since the start of the season at PSG, Mauro Icardi would however keep a good rating on the transfer market and especially in the Premier League.

Since the start of the season, Mauro Icardi made more talk about him for his setbacks off the field with his extra-marital affair which was on the verge of putting an end to his love story with Wanda Nara only for his exploits in the field. Due to the coming of Lionel Messi this summer from FC Barcelona , the playing time of Icardi has greatly diminished. What push his entourage to probe several top names in European football in order to find him a way out. Foot Mercato also assured on Friday that FC Barcelona or even Juventus would have seen their representatives offer their services to both clubs. And two other big European names are reportedly breaking into Operation Mauro Icardi .

Chelsea and Arsenal would contribute their two cents in Operation Icardi!

According to information from Ekrem Konur, Mauro Icardi is said to be popular in England. On his Twitter account, the journalist confided that both Chelsea and Arsenal would keep an eye on the situation of 'Icardi at PSG . This will give the Argentina international additional options for his future. It remains to be seen what the final decision will be for Icardi and the leaders of PSG now.