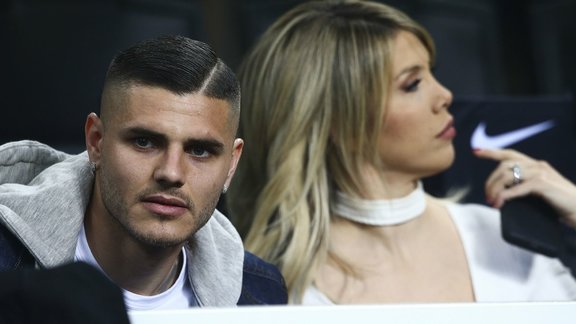 With the end of the story between Mauro Icardi and Wanda Nara making headlines, this affair could directly impact the future of the Argentine striker, as two European top names remain interested in his services.

Since this weekend, the soap opera Mauro Icardi / Wanda Nara feeds the celebrity news but also sports. Woman but also agent of the Argentine striker, Wanda Nara formalized this Saturday the infidelity of the latter and the end of their story, bringing Mauro Icardi to miss the training of PSG scheduled the next day, with club permission, to make the trip to Milan to try to put the pieces back together. Mauro Icardi obviously did not achieve his goals since Wanda Nara posted on Instagram on Monday a photo of his hand with the following message: “Hello. I prefer my hand without a ring better. “A soap opera that would have gone well for the PSG , which hosts Leipzig this Tuesday evening in the Champions League, but this case could have heavier consequences since, according to the information disclosed in the Argentine show Los Angeles de la mañana, Mauro Icardi would threaten to slam the door of the club in the capital if his wife filed for divorce, a decision that would have repercussions on the 34-year-old woman, agent of the former Inter scorer.

If Mauro Icardi were to execute his threat, this could however arrange the services of some clubs, determined to get their hands on the Argentinian. Indeed, these suitors would no longer have to pay transfer fees to secure the services, and according to CalcioMercato.it, two teams in particular could try their luck, since AC Milan and especially Juventus would remain attentive in this file.