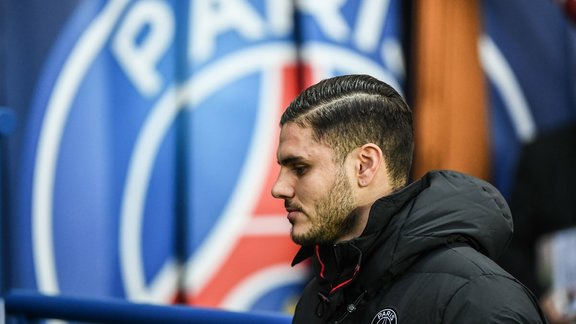 The marital problems of Mauro Icardi with his wife Wanda Nara are still talking about, what impact the PSG, deprived of his player to face Leipzig this week. A situation that Real Madrid had anticipated when the Merengue leaders failed the Argentine striker.

For a week, Mauro Icardi and Wanda Nara are the actors of a real telenovela. The PSG strikerwas accused by his wife of adultery last weekend after she discovered several messages the player had sent to an Argentine actress and singer. Since then, the couple has continued to spread their marital problems on social networks, which directly impacted Paris Saint-Germain. Affected by his breakup, Mauro Icardi was indeed authorized by the club not to show up for training on Sunday and Monday to go to Milan, and try to pick up the pieces with Wanda Nara . The Argentinian was also absent for the reception of Leipzig on Tuesday, while PSG already had to do without Neymar (injured) and Angel Di Maria (suspended). Since then, the couple seem to have reconciled, although this story still makes a lot of talk in Argentina. A situation that PSG would have gladly done without, and which is enough to make Real Madrid smile.

When Real Madrid failed Icardi because of his wife

Indeed, before he took over the management of PSG in the summer of 2019 in the form of a loan from Inter Milan, Mauro Icardi was on the shelves of several European leaders, starting with Real Madrid as Marca reminds us. Although pushed towards the exit, the Argentine striker had shone among the Nerazzurri with 124 goals scored during his six seasons in Lombardy, performances noticed by the Merengue, orphans of Cristiano Ronaldo . Thus, the arrival of Mauro Icardi was considered by the Spanish club during the winter transfer window 2017, then in the summer of 2018. However, after reflection, the Real Madrid decided to rule out the track Icardi According to reports from the Spanish daily, a decision unrelated to the player's profile. “We cannot sign this player and it is not because of him”, we said at the time within the club. The entourage of Mauro Icardi had indeed been considered dangerous by the Madrid leaders, and Wanda Nara was primarily targeted by this judgment. During Mauro Icardi at Inter , Wanda Nara intervened every week on Italian television and did not hesitate to be critical of the Milan team, the leaders or even the coach. The Real Madrid then understood that it was better not to bet on Mauro Icardi despite the insistence of some people internally, convinced of the contribution of the attacker on the sporting level. The case in which the two lovebirds are involved ultimately proves the Casa Blanca right.