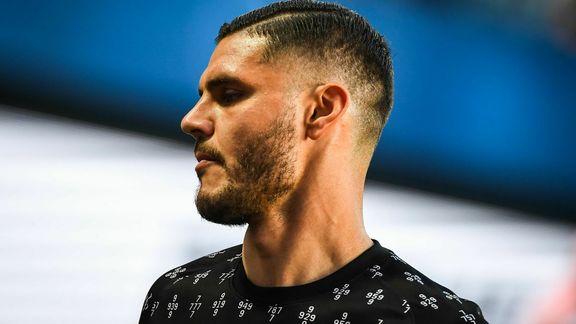 In recent weeks, Mauro Icardi has been talked about a lot because of his infidelities with Wanda Nara. If the couple is ultimately still together, the moment was very complicated to manage for the player of PSG. And the Argentinian would have even considered stopping everything.

After having made a very good debut at PSG, Mauro Icardi then had more difficult times. And the arrival of Mauricio Pochettino last January will not have changed anything. Under the orders of the Argentinian, the Parisian striker plays very little, in particular paying the price for the terrible competition in attack, even more since the arrival of Lionel Messi . From a sporting point of view, it is therefore not easy for Icardi at PSG , but times have also been very tough from an extra-sporting point of view lately. Indeed, the case of Icardi made a lot of talk because of his infidelities with Wanda Nara. This soap opera then found itself at the center of all discussions and there were many twists and turns as at one point the shot separated and then came back on and so on. Today, Icardi and Wanda Nara are still together and seem to want to move on. But looking back on that complicated moment, the PSG striker made a huge revelation: he was ready to stop everything and retire if his wife had left him.

The start was near!

Today, things seem to go a little better between Mauro Icardi and Wanda Nara . Still, things could have been a lot different if the two had decided to go their separate ways. Indeed, it could have resulted in a crashing decision on the part of the PSG striker, who was clearly ready to retire. Returning to this event, Icardi explained, reported by Olé: “Stop playing football if Wanda had left me? These are things that have been said. But it was sad, difficult times that we were able to go through. Of course, everyone knows the love I have for her. Everyone knows it “. Asked about this subject, Wanda Nara also confirmed that Mauro Icardi was ready to stop everything. “Did he tell me that if we broke up he would quit football, quit PSG, quit his career? Yes, he told me that. But we didn't know if it was true or not. If he would have done it, ”the Argentinian’s wife and agent explained. In the end, it didn't turn out like that and today Mauro Icardi still plays for PSG .