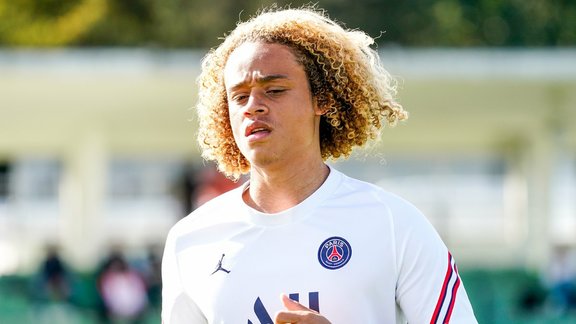 While his contract will expire next June at PSG, Xavi Simons would be dissatisfied with his playing time in Paris and would have asked his agent Mino Raiola to take the temperature with… FC Barcelona!

Trained at FC Barcelona , Xavi Simons (18 years old) decided at the summer 2019 to make a big choice for his post-training. The Dutch midfielder was considered one of Masia's most talented players, but was no longer at the top of the talent list for the renowned FC training centerBarcelona unlike Ansu Fati who has since moved into the first team. Results ? Xavi Simons left Barça to sign for PSG where his contract will expire at the end of the season.

Simons would have asked Raiola to discuss with Barça!

Also feeling the wind turn to PSG , where he only played one meeting with the seniors last April against Strasbourg , Xavi Simons would study different options for his future . According to the journalist Adrian Sanchez during his visit to Mas que Pelotas Radio, information taken up by Foot Mercato, Simons would have asked Mino Raiola to take the temperature with FC Barcelona about a return when his contract will expire next June at PSG . And the reason would be purely sporting since Xavi Simons was able to testify to a concrete rise of the young people in the first team of FC Barcelona . Evidenced by the presence of young people Gavi , Oscar Mingueza and Ronald Araujo in addition the must-haves Pedri and Ansu Fati .