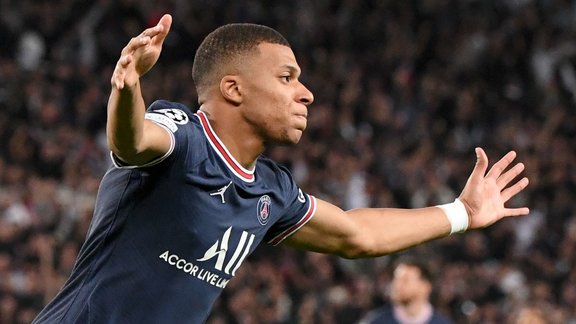 At the end of the contract next June, Kylian Mbappé seems promised to Real Madrid. However, while PSG has not said its last word, it is FC Barcelona who have decided to embark on this file. And the Catalans do not intend to do things by halves.

At the very end of the transfer window, Kylian Mbappé was the subject of a big attack from Real Madrid who sent several offers to PSG ranging from 160 to 200M €. But the Parisian club opposed the departure of its striker, despite the expiry of his contract which ends next June. And yet, Kylian Mbappé revealed that he wanted to leave PSG . “I asked to leave, because from the moment I didn't want to extend, I wanted the club to have a transfer fee to have a quality replacement. It's a club that has given me a lot, I have always been happy, the four years I spent here, and I still am. I announced it early enough that the club could turn around. I wanted everyone to go out to grow up, to go out hand in hand, to make a good deal, and I respected that. I said, if you don't want me to go, I'll stay, ”he confided to RMC's microphone. Therefore, the most likely outcome of this case would be that Kylian Mbappé engages freely with Real Madrid at the end of the season. But the PSG do not intend to let it go. And that's not all since the Madrilenians will have to rub shoulders with another great European club.

Indeed, according to the information from AS, Joan Laporta intends to interfere in the Mbappé file. Despite the complicated finances of FC Barcelona , the Catalan president wants to strike a blow to mark his presidency after a summer in which he was forced to restrict himself. And in order to put all the chances on his side, Barça would have entrusted this file to Pini Zahavi . And for good reason, the super-agent is renowned for his ability to unwind any operation such as the transfer of Neymar to PSG in 2017. And this time around -Here, Pini Zahavi will have to convince Kylian Mbappé to snub the Real Madrid which is however his big dream. No easy task. However, FC Barcelona would have financial arguments. Also according to AS, who contacted sources within the Blaugrana club, Barça would be able to offer a signing bonus estimated at € 90 million to Kylian Mbappé ! With such a sum, the Catalans would even be convinced to do much better than Real Madrid who should not be able to give up more than 50M €. Regarding the salary also the Barça is convinced to surpass the Madrid offer which will not go beyond the annual 17M € that Gareth Bale currently receives.

In 2017, Barça was already close to closing the arrival of Mbappé

And it would not be the first time that FC Barcelona has tried the blow for Kylian Mbappé . A few months ago, Junior Minguella, son of the agent Josep Maria Minguella , at the origin of the arrivals of Diego Maradona and Lionel Messi at Barça , revealed that everything was complete for the signing of Mbap p é in Catalonia: “In 2017, when Kylian was still in Monaco and decided to leave, he had several options on the table as you can imagine. The main ones came from Real, Barça and PSG. At that time, as you know, Monaco favored a departure abroad so as not to reinforce a direct competitor. As at Real, there was already the trio Bale-Benzema-Ronaldo, it may not be the right place at that time to allow Mbappé's explosion. And at Barça, Neymar had just left, so there was a great opening for the Barcelona leaders. They chatted with the player and his family, they agreed to come if Neymar went to Paris. So from there we tried to find an agreement with Vasilyev, the Monegasque president and we arrived at a deal for 130 million + 25 bonus. Unfortunately Barcelona management and sporting directors thought at that time that Ousmane Dembélé's position and style of play stuck better with that of Barça than Mbappé, who played him on the right, in the same position as Messi. (…) Yes, I can say that Barça refused to sign Mbappé because he preferred Dembélé to him. “It is finally the PSG who managed to recruit Kylian Mbappé and now, the FC Barcelona wants to come back to the charge and correct his mistake .