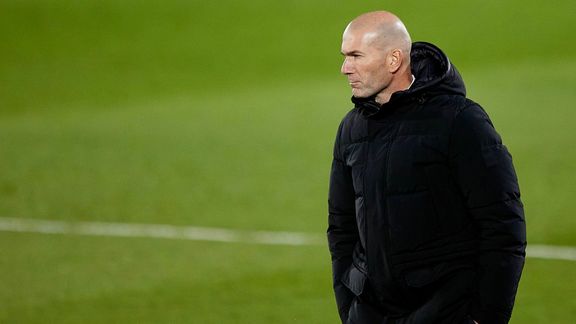 Currently without a club, Zinedine Zidane sees his name return more and more to the side of PSG. And while the French would not be against replacing Mauricio Pochettino, this will however have to be done under certain conditions.

Mauricio Pochettino Will he still coach PSG for a long time? While the Argentine arrived last January and is currently under contract until 2023, his future is very uncertain today. Indeed, this is unclear regarding Pochettino , which is announced in particular on the side of Manchester United in place of Ole Gunnar Solskjaer . And to replace him at PSG , it is the name of Zinedine Zidane that comes up often. Moreover, according to the latest information from the English press, Zizou is interested in the idea of ​​sitting on the bench at the Parc des Princes.

Zinedine Zidane could therefore be the next coach of PSG . But for this, Leonardo and Nasser Al-Khelaïfi will obviously have to comply with certain requests from the French. According to the information unveiled by El Nacional, Zidane would have already informed PSG that if the club of the capital wanted to recruit him, it would be necessary to accept that he is at the same time the coach of the France team if the opportunity arises. To be continued…