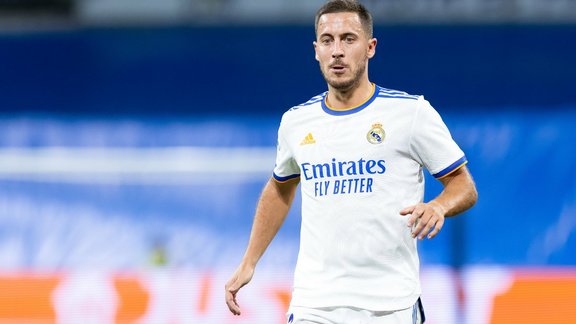 Regularly announced on departure when his adventure at Real Madrid does not go as planned, Eden Hazard will not be retained against his will, as Carlo Ancelotti clearly indicates.

Recruited for 120M € in summer 2019, Eden Hazard (30) arrived with the status of worthy successor to Cristiano Ronaldo , but the Belgium international never managed to assume it. Hazard chained physical glitches, overweight controversies, and his performances were logically felt, to such an extent that a departure of the former Chelsea player is mentioned for this winter. And Carlo Ancelotti , the coach of Real Madrid , does not seem to oppose it…

“I have never forced a player who wanted to leave ”

Asked at a press conference this Friday, Ancelotti left the door open to a sale of the Belgian attacking midfielder Real Madrid if the latter claims a voucher: “If Eden Hazard asks to leave this winter? Never during my coaching career have I forced a player who wanted to leave to stay. But in my opinion, nobody else is now, “blurted out the Italian coach.