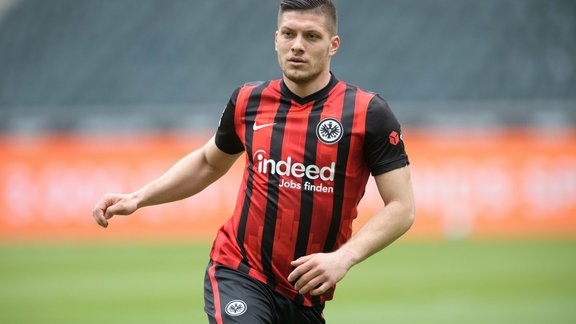 While he has not yet started a game this season, Luka Jovic could leave Real Madrid at the next summer transfer window. Asked about the situation of his Serbian striker, Carlo Ancelotti made things clear.

Barred by competition from Karim Benzema, Luka Jovic has not yet been established by Carlo Ancelotti this season. And when the French striker was absent against Elche, the former Eintracht Frankfurt didn't even play a minute. A situation that could cause his departure from the next winter transfer window. Currently considered an undesirable of Carlo Ancelotti, Luka Jovic could be pushed out in January. And he could welcome the option of a departure to regain playing time. While waiting for the next transfer window, Carlo Ancelotti has released his truths on the situation of Luka Jovic this Tuesday afternoon.

“I think Jovic is fine, he's happy to be here.”

“((Luka) Jovic hasn't started this season yet, what's your plan with him?) I think Jovic is fine, he's happy to be here. I try to give her as much love as possible. He is a player that I appreciate as a striker. He knows it. He has the best striker in the world ahead of him, which is Benzema. He must have faith and tell himself that he will have his chance and that he will recover well, ”said Carlo Ancelotti, the coach of Real Madrid, at the conference Press.