Mercato | Mercato – Real Madrid: Bad news for the future of this unwanted Ancelotti! 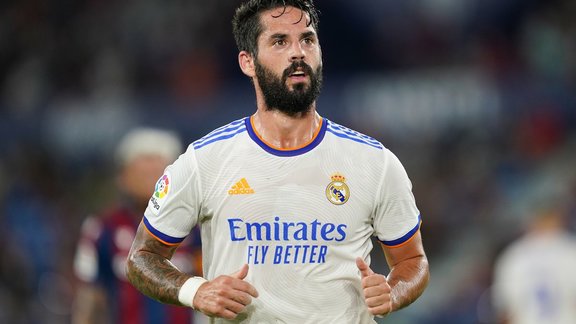 At the end of the contract next June, Isco would still nurture the desire to leave to relaunch. But his future is still very uncertain.

The good years of Isco at Real Madrid seem well behind him. Yet regularly used with the Merengues a few seasons back, the Spaniard is now light years away from the quality of his performances. Now, the 29-year-old has seen his playing time considerably reduced (only 177 minutes played since the start of the season). If he counted on Carlo Ancelotti to revive him after a delicate last season under Zinédine Zidane, the arrival of the Italian technician clearly did not help matters. Isco would therefore feed his desire to leave in order to pursue his career in good conditions, he who sees his contract coming to an end next June. But its future is still very uncertain.

Isco has not received anything yet

As AS explains, Isco would be for the moment blocked at Real Madrid . The Spain midfielder has still not received any offer from other clubs for his future. The 29-year-old would find himself in the same predicament as last summer, where no team had offered him something when he already had a desire to leave. For the moment, Isco would only be waiting to see his contract with Real Madrid come to an end in June.