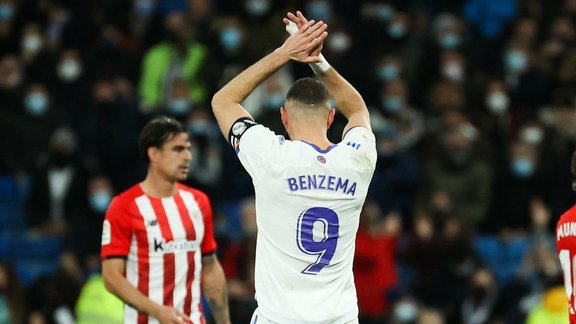 Karim Benzema’s attacking buddy at Real Madrid, Vinicius Jr is keen to help the France international win a Ballon d'Or in the next few years.

Impressive at Real Madrid for several seasons now, and particularly since the departure of Cristiano Ronaldo in the summer of 2018, when he became the attacking boss of Real Madrid , Karim Benzema could have won the France Football 2021 Ballon d'Or. Nevertheless, the voters only awarded him 4th place behind Jorginho , Robert Lewandowski and Lionel Messi . His teammate at Real Madrid , in the person of Vinicius Jr , sent a clear message to his leaders concerning his contractual situation, although he extended his contract last August until June 2023.

“I want to help him stay here longer”

“He is impressive. Whatever is difficult, he makes it easy. He is a great footballer, I love to play with him. I want to help him stay here longer and do all I can to help him win the Ballon d'Or one day. ” assured Vinicius Jr during an interview for the YouTube channel DjMaRiiO. It remains to be seen whether the Real Madrid will take the decision to once again extend the contract of Karim Benzema in order to to respond favorably to Vinicius Jr.'s request