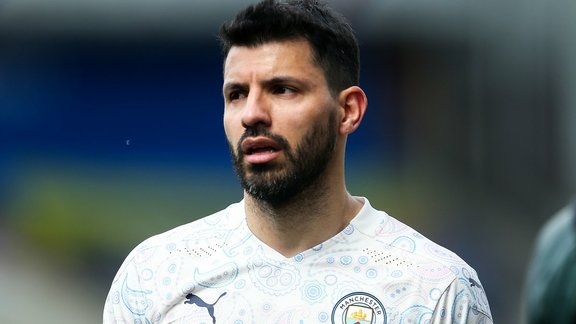 Free from any contract last summer, Sergio Agüero joined FC Barcelona. But the Argentine could have seen his career turn out differently, having had the opportunity to join Real Madrid after his last season with Atletico Madrid.

Last summer, after 10 years good and loyal service, Sergio Agüero has decided to join FC Barcelona . Free from any contract, the Argentine has seen fit to join Catalonia for the rest of his career. But the Kun could have known a completely different fate if he had not joined the Citizens in the summer of 2011. The then 23-year-old striker panicked Europe with his impressive statistics with Atletico Madrid (100 goals and 45 assists in 230 games in all competitions). And a very particular club was in the race for Sergio Agüero .

As Sport explains, Sergio Agüero could have become a Real Madrid player long before signing for FC Barcelona . While still at Atletico Madrid , the Kun had just released a flamboyant season in 2010-2011 (27 goals and 7 assists in 41 games). His performances therefore did not go unnoticed and Florentino Pérez had his sights set on the young Argentine striker. As a result, the president of Real Madrid would have contacted that of Atletico Madrid , Gil Marin , and would have made him a big proposal: € 75M for Sergio Agüero (€ 45m in transfer compensation associated with € 8m in VAT and € 22m in income tax that the player had to pay at the time). But Colchoneros supporters are said to have been very threatening upon hearing the news. Gil Marin would have seen some graffiti appear on his private house. Real Madrid fans, too, are said to have been unconvinced by a transfer of Sergio Agüero . As a result, Gil Marin and Florentino Pérez would therefore have signed a gentlemen's agreement: “I spoke with Florentino and we reached an Atlético-Real Madrid pact by which no club will touch the players of the other, both in the first team and in the lower categories, ”explained the president of Atletico Madrid . Finally, Sergio Agüero flew to Manchester City that same summer before joining FC Barcelona during the last summer transfer window.