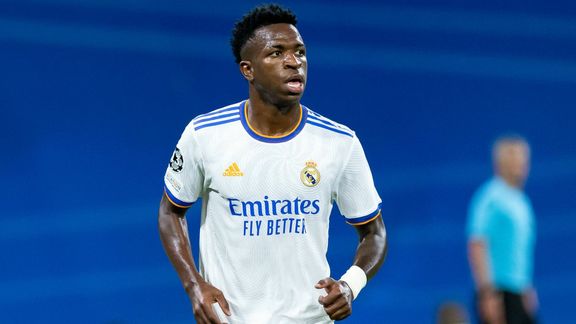 According to the Spanish press, PSG would continue to monitor Vinicius Jr.'s situation But the Brazilian player has no intention of leaving Real Madrid .

“I'm very calm, I want to stay and I don't care how long my next contract is or how much they pay me. All that matters to me is the satisfaction of being at the best club in the world, ”said Vinicius Jr in an interview with TNT Brazil. But despite this declaration, several European teams would continue to monitor the situation of the Brazilian player, under contract until 2025 with Real Madrid. According to Marca, PSG would be part of the clubs interested in Vinicius Jr. But the Parisian team would already know the answer in this case.

Vinicius Jr should extend his contract

Still according to the information de Marca, Vinicius Jr hopes to stay for many years at Real Madrid . For their part, the Spanish club hope to retain the Brazilian player, seen as one of the big stars of tomorrow. However, nothing urgent on this file. The Spanish daily reports that negotiations for a contract extension could start in 2022, at the end of this season.