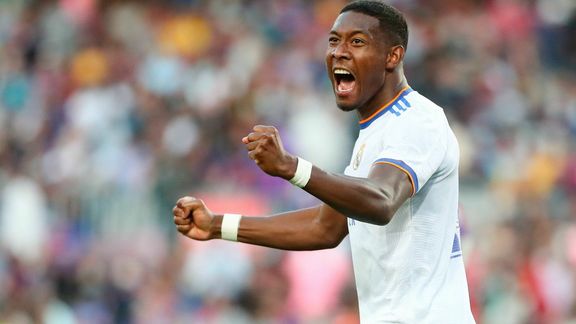 Present at Real Madrid since July, David Alaba quickly managed to integrate into the locker room and perform in his new colors.

After nearly thirteen years at Bayern Munich, David Alaba decided to make his childhood dream come true. At the end of his contract with the German club, the Austrian international decided to join Real Madrid , despite the keen interest of PSG according to exclusive information from 10Sport.com. “It is true that I also had other offers. But it was clear to me, relatively early on, that if I left Bayern Munich, there was only one club I wanted to go, ”the player recently explained to Toni Kroos in the Einfach evil Luppen podcast. Tied to Real Madrid until 2026, David Alaba has the distinction of being able to play in several positions. Also able to play as a left-back or in midfield, he has been used since the start of the season as a central defender by Carlo Ancelotti , who praised his qualities last July: “Alaba is a complete player, who has a lot of qualities. Very intelligent, very good at defensive tactics. He's a complete player who I'm sure will perform very well this season. ” And the Italian technician was right. Since the start of the championship, David Alaba has been performing well and opened his goal counter last Sunday during the Clasico against FC Barcelona. Surely, the first d 'a very long series.

“He is the sensation of the locker room this season”

The next day, the Spanish media praised the very good copy made by David Alab a, who quickly integrated into the merengue locker room. As ABC points out, the Austria international decided to quickly take Spanish lessons in order to be able to communicate more easily with his team-mates and in order to adapt more easily to his new life. “He is the sensation of the locker room this season (…) He has the Madrid crest engraved in his heart” we confide within Real Madrid . Same story for another member of Casa Blanca. “The main thing is he's a good guy in every sense of the word, that's why he adapted so well. He's the phenomenon of this summer, “he said in El Mundo columns. His good humor and talent are praised internally, notably by Nacho : “He is a very intense player defensively. These few games, he celebrated them as goals! As a defender, you appreciate Alaba's attitude. ” Having just started his adventure at Real Madrid, Alaba should manage to make people forget the departures of Sergio Ramos and Raphaël Varane . “We'll see a lot more goals from him like that. He often wears more beautiful ones than at Camp Nou in training “predicted a member of the locker room. Florentino Perez was not mistaken in recruiting him.