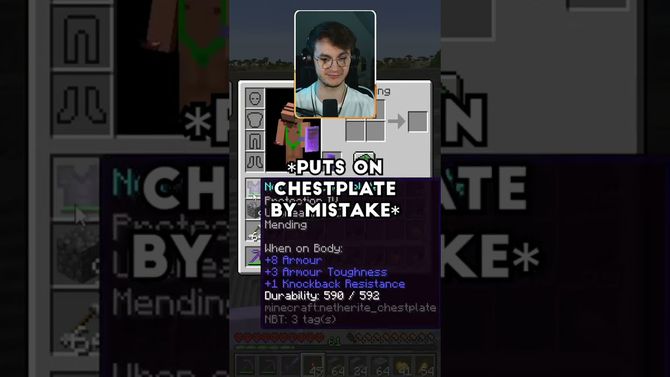 The streamer character btecbill_ in Minecraft died due to a fall from a height. The gamer lost the save in hardcore mode after staying in the game for 4,317 virtual days (more than two months of real time).

A fan of btecbill_ asked the streamer to show him which skin he was using. The content maker removed the armor from the character in order to fulfill the request. Demonstrating the skin, he returned the equipment to the necessary slots, but forgot about the elite – a cloak that allows you to fly. Then he jumped off the cliff, hoping to use the object, but eventually crashed.

Earlier it became known how tall a standard character model from Minecraft would have in real life. It turned out that Steve would be taller than most men in the United States.