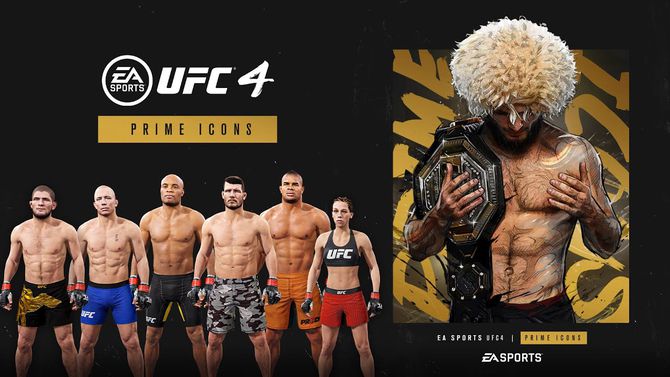 Together with the new fighters, a set of cosmetic items “Main Legends” in the style of Khabib Nurmagomedov appeared in the game. It includes profile customization elements, backgrounds, fight shorts, and other makeup.

UFC 4 came out on August 14th. The fighting game is available on PlayStation 4 and 5 consoles, as well as on Xbox One and Xbox Series X / S. The main difference between the new part and the previous ones is the personalization of the fighter. The user can create and upgrade the career of his own hero and play them in other modes.