Panarin's coach: “You can't say that I threw Artemia into hockey with the biathlon methodology” 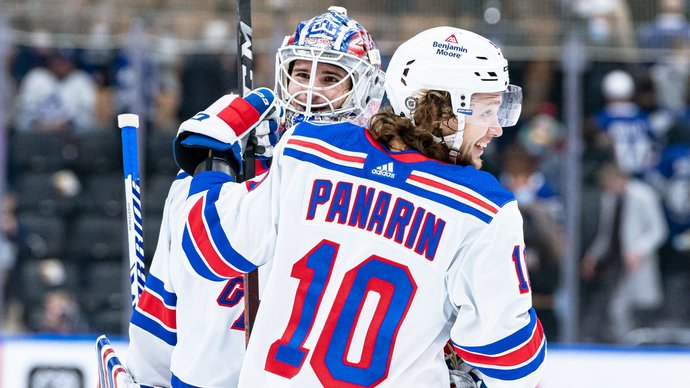 – Panarin said that you are betting on aerobic work. What have you changed in the preparation of Artemy? Has he started to run more?

– Began to do more cyclical work. But you know, you cannot train a hockey player according to the biathlete system, thinking that he will become better at playing hockey. Most likely, such an athlete will be a very bad biathlete and become worse as a hockey player. So it cannot be said that I thrashed Panarin's biathlon technique in hockey and now I think that I raised his cardiovascular system and endurance.

I'll tell you this: the endurance of a skier and a hockey player is heaven and earth. This difference is associated with the mode of operation of the muscles and the whole body. A hockey player's muscle is very high power with variable intensity. A biathlete's muscle is more uniform in intensity and reduced power. Well, imagine if a skier runs intensely, like a hockey player, 15-20 km. Or launch a biathlete onto a hockey rink, forcing them to play a match. I guarantee you, even the toughest biathlete or skier will die instantly. Nobody can stand this! Or put a hockey player at a distance of 50 km. He will die before reaching the finish line.

So we changed our approaches. But this is the same heart, the same muscles. The whole question is how to prepare them for the correct motor regime, which is characteristic of the specifics of the sport. And so we worked on muscle endurance, preparing for the hockey regime.

I do not prepare Panarin as a biathlon coach, no. I take something from the established methods of affecting the heart, muscles from biathlon. But the basis is hockey. It is necessary to prepare the body on the ground for the mode of muscle work on ice. We work in blocks – at certain intervals of time, causing this or that adaptation. This is our step towards the fact that we can move to the next level of work with the body. Have reached it – we go further.