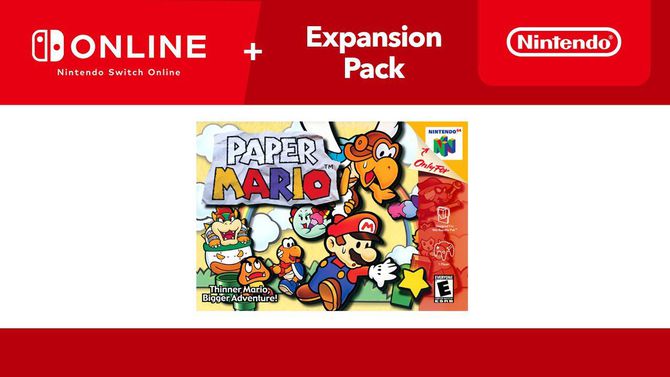 Paper Mario will add to the Nintendo Switch Online library. The game will be available for Nintendo 64 on December 10th for advanced players.

Paper Mario is an RPG about the famous Italian plumber released in 2000. Its main feature is “paper” characters: all heroes and opponents are created in two-dimensional, while the environment itself is three-dimensional. In the story, Bowser, using a stolen magic wand, lifted Princess Peach's castle into the air along with all its inhabitants, and now Mario will have to defeat many of the villain's henchmen and return order to the Mushroom Kingdom.

The Switch Online Extended Subscription was launched in October 2021. It gives you access to two new emulators, the N64 and Mega Drive, and also provides bonuses like free DLC access for Animal Crossing: New Horizons. At the time of this posting, there are nine subscription games available for the N64 and 14 for the Mega Drive.