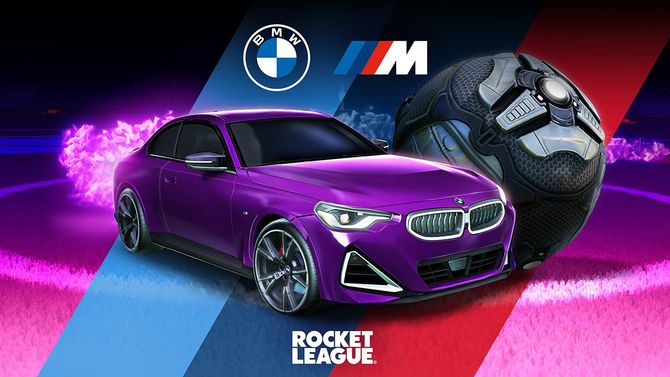 Psyonix and BMW have announced a collaboration to bring the BMW M240i to Rocket League. A press release was posted on the title's official website.

The BMW M240i will be added to the Rocket League on November 4th. The car will be available for purchase for a limited time. It will be possible to purchase it for 1,100 credits. The set will include several cosmetic items. The car can also be customized with various decorations, apart from those limited by licensing agreements.

Earlier, the esports organization Natus Vincere announced the signing of the Rocket League roster. The roster includes three European players who previously represented the Fadeaway mix, as well as a coach and manager. The club announced this on the official website.