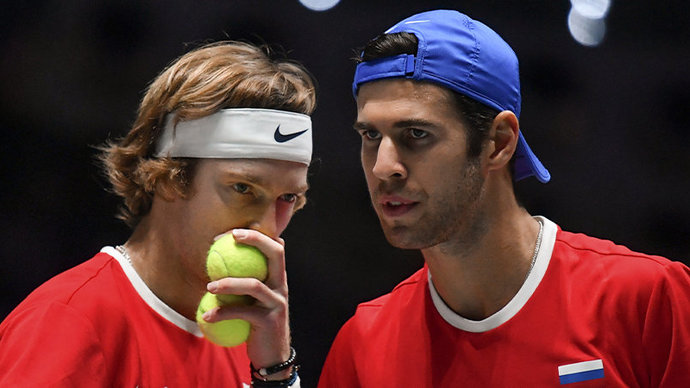 The Russians Andrei Rublev and Karen Khachanov were defeated by the international duo Harry Heliovaar (Finland) / Matve Middelkop (Netherlands) in the quarterfinals of the ATP 250 VTB Kremlin Cup tournament in Moscow.

The meeting lasted 1 hour and 20 minutes and ended with a score of 4: 6, 6: 2, 7:10. In the asset Rublev and Khachanov – five innings right through, they also made two double mistakes. The winners filed five aces and made three service mistakes.

Opponents in the semifinals of Heliovaara and Middelkop will be determined later.