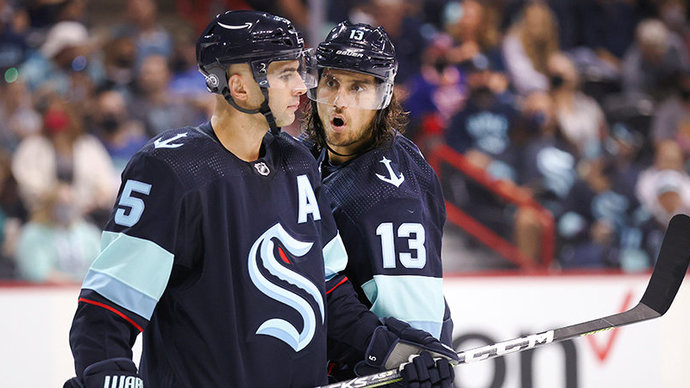 It was Seattle's first game in history. The Kraken officially became the 32nd NHL club in April.

The team was formed as a result of the expansion draft on July 21, the Russians did not get into it.

Anaheim beat San Jose with the score 6: 3, the striker of the winners Alexander Volkov scored the puck and provided an assist.