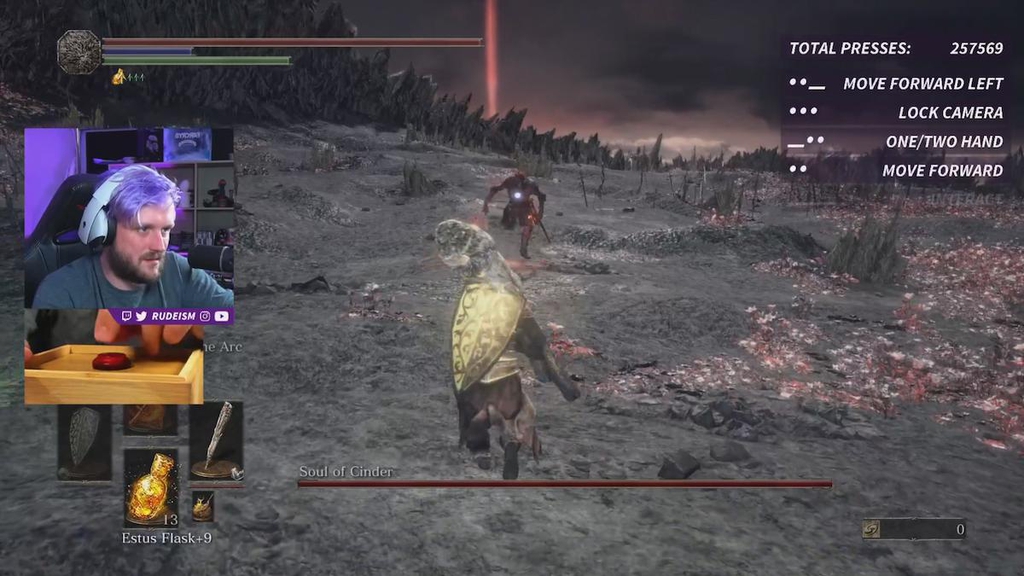 Streamer Dylan Rudeism Beck put together a one-button controller and played Dark Souls III with it. The gamer broadcast the experiment on Twitch.

Rudeism specializes in creating unusual controllers and playing video games using them. He led the Hades streams by controlling the character with a gamepad from a grenade. In addition, he was able to eliminate multiple opponents in Call of Duty: Warzone by aiming and shooting with a baguette.