Tampa Captain: “Everyone is talking about the McDavids with the McKinnons. Kucherov is their opposite. He beats everyone not by speeding up, but by slowing down the game “ 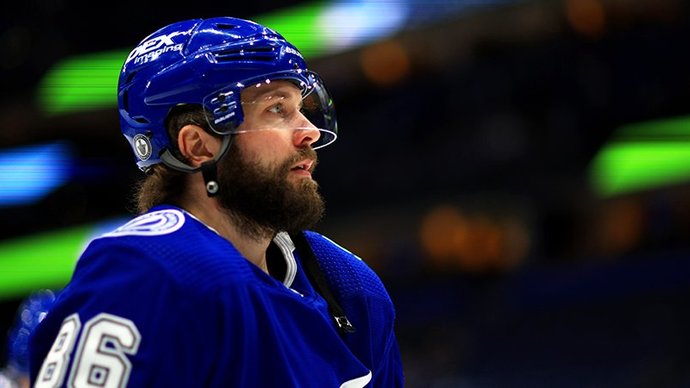 – You saw what he did in the playoffs, returning to the ice more or less healthy. That was incredible. I think they don't talk enough about what he did. Do not play a single shift for the entire season, jump at full speed into this train at the start of the playoffs, when it is most difficult to show results – and still become the leader of the tournament in terms of points! Kuch is special. This guy works on himself non-stop, all the time looking for ways to become even better. In training, before and after. I learned so much by playing with him, watching him think on the ice, how he slows down the game. Everyone is talking about McDavids with McKinnons – guys with explosive speed and crazy technique. Cooch is the opposite of these guys. He beats everyone not by speeding up, but by slowing down the game. It's so interesting to watch.

I liked his pressure after winning the Stanley Cup. She made a refreshing impression. You don’t have to agree with everything he said, but it was true, and this was what our game needed: more guys speaking sincerely, from the heart. Naturally, he was in seventh heaven, having deservedly won the second Cup in a row, – said Stamkos.

Let us remind you that Kucherov, together with Tampa Bay, won the Stanley Cup last season.