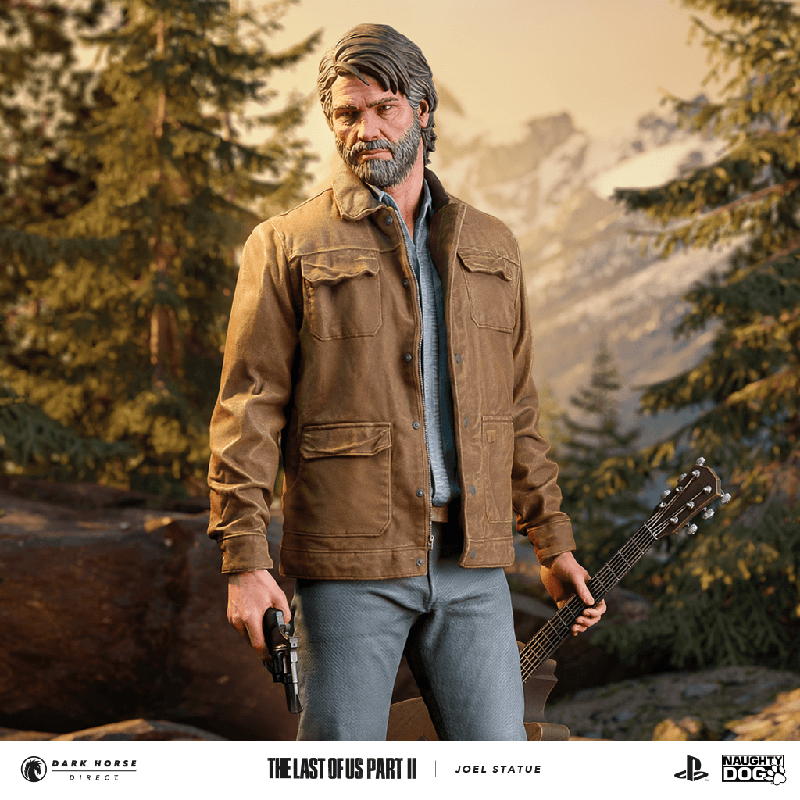 Naughty Dog has released a collection of merch dedicated to The Last of Us Part II. The information appeared on the official title page on the PlayStation Gear website.

The line includes two acoustic guitars and leather straps for them, as well as two types of picks. Fans can purchase a rain jacket, bomber jacket, shirt and T-shirt, all themed around the game. In addition, a backpack and a bag made of waxed cotton are available in the store.

In collaboration with the creators of The Last of Us Part II, Dark Horse Direct will release a Joel action figure with a guitar and revolver. The height of the figurine will be 36 cm, width – 26 cm. The cost of the figurine is $ 200, the collection of pre-orders will end on October 29.

Earlier it was reported that the game director of The Last of Us dilogy Neil Druckmann will direct at least one of the episodes of the film adaptation of the game. The pilot episode was directed by Kantemir Balagov (Dylda). The release date of the series is unknown.