“There will be another hard but exciting battle.” Ruud – about the semi-finals of the Final tournament with Medvedev 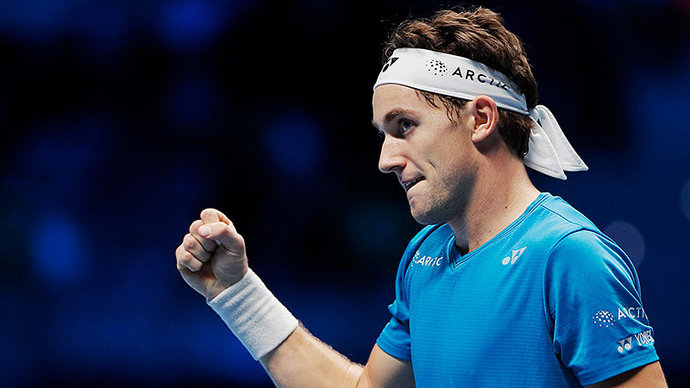 Norwegian tennis player Kasper Ruud suggests that the semi-finals of the ATP Final against Russian Daniil Medvedev will be a tough but exciting match.

On Friday, Ruud beat Andrei Rublev, thanks to which he reached the semifinals of the tournament in Turin.

– I'm just enjoying the moment. I am already looking forward to the match with Medvedev. It will be another tough battle with one of the best players in the world. Daniel has established himself as one of the best in the last two or three years. I played against him a couple of times and lost both matches. But this time I guess what I'm going to face. It will be an exciting challenge, ”said Ruud.

The semi-finals of the Final Tournament will take place on Saturday. Novak Djokovic and Alexander Zverev will compete for one more ticket to the final.