Vasilevsky became a star in front of Zhamnov's eyes. Ovechkin interrupted a series of points 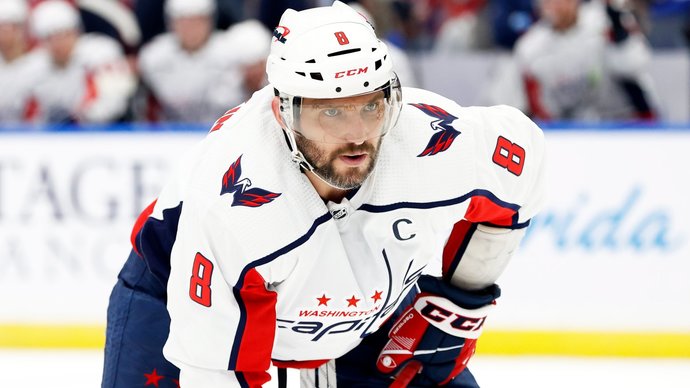 Only three games took place in the NHL last night, here's a story about each.

The champion of the last two years is gaining momentum after an indistinct start to the season. Tampa won their third consecutive win.

Andrey Vasilevsky saved 31 out of 33 shots, including 6 from Alexander Ovechkin, who left the court without points for the first time in 9 matches of the season. Tampa goalkeeper named second star of the match.

The first was forward Anthony Cirelli, who took part in all of Tampa's goals (1 + 2). It is the second time this season that the Lightnings have beaten Washington.

It should be noted that the game was attended by the coaching staff of the Russian Olympic team consisting of Alexei Zhamnov, Sergey Gonchar and Ilya Kovalchuk, who were caught in the camera lens during the video broadcast of the game. They saw five candidates for the national team in action at once. In addition to Ovechkin and Vasilevsky, forward Evgeny Kuznetsov, who made an assist, as well as defenders Mikhail Sergachev and Dmitry Orlov, played in the match. Washington goalkeeper Ilya Samsonov remained in reserve, while Tampa striker Nikita Kucherov is recovering from the operation.

After nine defeats at the start, the renowned club finally won their first victory.

The hat-trick was scored by Patrick Kane, who returned after a four-league imprisonment under the covid protocol.

Russian defenders of Ottawa Artem Zub and Nikita Zaitsev did not score points and finished the match with a minus 2 rating. Zub also scored 3 shots on target.

Edmonton won their seventh out of eight at the start of the championship and topped the Western Conference table. Today Leon Dreiseitl became the undisputed best with 4 (2 + 2) points.

After such a performance, the German overtook his partner Connor McDavid on the first line in the list of scorers of the season. Two Edmonton strikers have 17 points each, Alexander Ovechkin has two points less, and Evgeny Kuznetsov has four points less.

Edmonton defender Duncan Keith played his 1200th NHL game and scored for the first time for the Oilers. He is the third most played defensive player in the NHL.

As for the newcomer of the league from Seattle, after a good start, the team is gradually sinking down the table. “Kraken” scored 7 points in 10 matches.