Vladislav Gavrikov: “The death of Kivlinieks is a deeply personal tragedy. We play in his memory “ 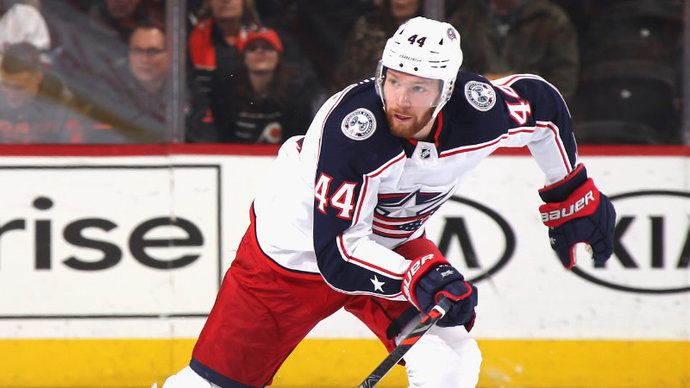 Columbus Blue Jackets Russian defender Vladislav Gavrikov spoke about how the news of the death of teammate Matis Kivlinieks influenced him.

– I was in St. Petersburg, Elvis Merzlikin called me and told me everything. It was about seven in the morning, it was already night in America. He called a few hours after the incident.

This is a deeply personal tragedy. It’s not something that you don’t forget, you have to live with it, and it’s very, very difficult. The three of us spent a lot of time. Knew who Matisse was to Elvis, who he was to me. As a hockey player, Elvis is a professional. I was sure that after that he would not become worse in catching the washers, but it was humanly that it was such a blow. It was a blow for me too. Despite the fact that I was on another continent, for several days my head was out of place, I could not understand and realize anything.

This season we are wearing helmets with number 80 in memory of Matisse. We always remember, he is always in our hearts. It's the most important. We play in memory of him, – said Gavrikov.

Recall that 24-year-old Kivlinieks died in the United States during the celebration of Independence Day, a firecracker hit him in the chest, causing a fatal wound. Later, Merzlikins said that his partner saved himself and his pregnant wife from death by taking the blow.