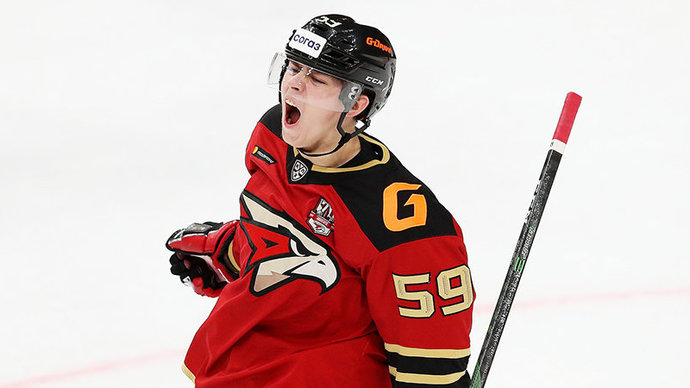 Note that earlier the forward scored against Toronto (4: 3 OT), and then scored a double in the game with Dallas (4: 3).

Recall that last season the 20-year-old Chinakhov played 53 matches for Avangard, taking into account the playoffs, and earned 24 (15 + 9) points, becoming the owner of the Gagarin Cup in the team.