“A big deal for me and my family.” Podkolzin shared his emotions after the first goal in the NHL 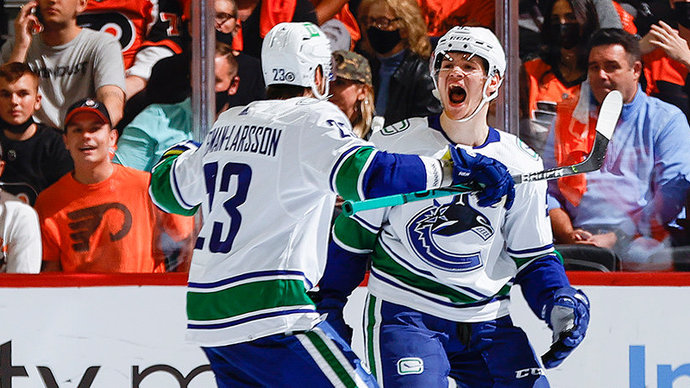 Russian forward “Vancouver Canucks” Vasily Podkolzin shared his impressions after the first goal in the NHL.

Recall that the forward scored in the regular season match against the Philadelphia Flyers (5: 4 B).

– Very cool emotions! Great deal for me and my family. An unforgettable experience. I thought I was going to be nervous. But everything went fine. I went out and played as much as they gave. Despite the score, everything turned out great. They handed me the protocol of the match as a keepsake. Now I’ll hang it in a frame at home, ”said Podkolzin.

Last season, Podkolzin played for SKA, gaining 11 (5 + 6) points in 35 matches of the KHL regular season. In the playoffs, he spent 16 meetings, scored 6 goals and made 5 assists.