Andrei Rublev – about leaving the top 5 ATP rating: “The main thing is that I qualified for the Final Tournament and I stand higher in the race” 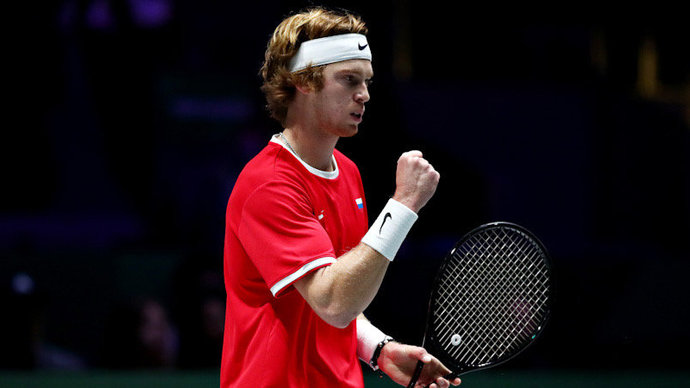 Russian tennis player Andrei Rublev assessed his form by the end of the season, and also commented on the departure from the top 5 ratings of the Association of Tennis Professionals (ATP).

– Since I am a player who has been in the top 10 not so long ago, I certainly feel a lot of pressure. Of course, you can't show your best performance every week. It is very difficult. Only top players are capable of this, those who have been in the top 10 for more than two years, such as Daniil Medvedev. They know how to deal with this kind of pressure. I played well in some months, I got far enough in tournaments, in other months I was eliminated in the early stages. But the fact that I stayed in the top 10 for a year and that I qualified for the Final Tournament in Turin shows that I play more or less evenly. But there is still work to be done. It's good that I have a lot of potential for improvement.

– On Monday, the ATP rating was updated. You dropped from fifth to sixth. You were overtaken by Nadal, who is not playing now due to injury. Don't you think this is strange?

– Didn't know about it. Most important is the ATP race. This is the real rating. I won Peter and Vienna that year. These glasses are supposed to burn out now. Perhaps because of this, Nadal overtook. This is fine. The most important thing is that I qualified for the Final and stand higher in the ATP race.

On Monday, 23-year-old Rublev dropped from fifth to sixth in the updated ATP rankings.

Rublev will defend the title at the “VTB Kremlin Cup”, which takes place at the Luzhniki Sports Palace and at the Irina Viner-Usmanova Gymnastics Palace.