Artemy Panarin: “I have already told Medvedev that I will not go to the US Open next year” 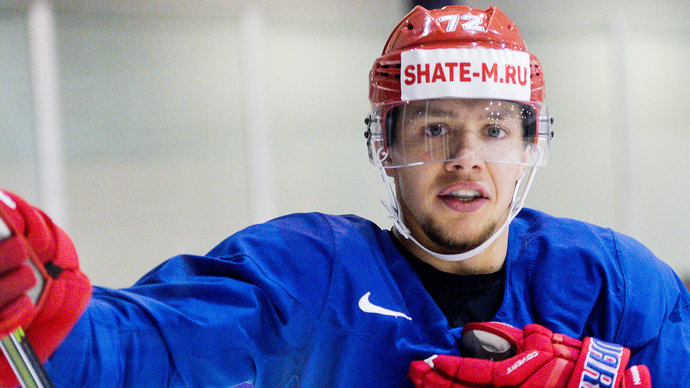 Rangers forward Artemy Panarin went to Instagram “Hockey in the know” and told how he supported Russian tennis players at the US Open.

– Recently you attended the US Open matches, supported Russian tennis players. Did you like the tournament?

– We met the guys before the tournament. We had mutual acquaintances. We sat and ate with Karen (Khachanov) and Danya (Medvedev).

Then they called for tennis and we started walking. It's bad to say that, but Karen lost and we are happy. Otherwise I would have to go to tennis every day. And so we went every other day, to Medvedev. They burned out half a day from life. Yes, they were also nervous. There I figured out who was sick against Dani. I wanted to catch them!

This is how, unexpectedly for myself, I became a tennis fan. And you know, it's very nervous to sit at the stadium when you know the guys personally, you worry about them. You spend a lot of emotions. And I have already told Dana that I will not go to the US Open next year. Only if they make it to the finals. It is impossible otherwise. I screamed there like the father of a 12-year-old guy somewhere at a tournament in Tyumen.

– You will now be pulled out there as a talisman.

– It's good that I went there for a reason. Danya won, handsome. Congratulations again!

Previously, the Russian twice reached the TBSH finals – in 2019 at the US Open and this year at the Australian Open.