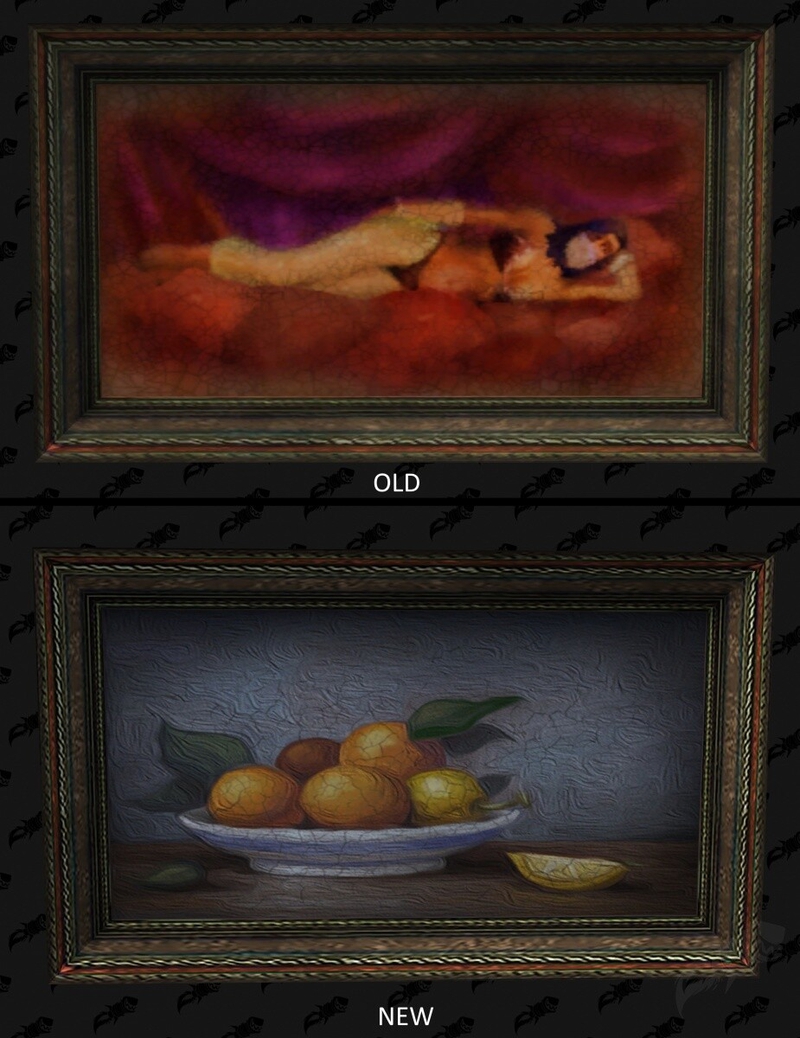 Blizzard has changed two scenes in World of Warcraft: Shadowlands . On one of them, the neckline on the dress of the drawn character was changed to a closed neckline, and the girl lying in a sexy position was replaced with a still life with fruits. Players have discovered innovations on the test server – they will become available on the current realms with the release of patch 9.1.5.

Many gamers didn't like the changes. The players suggested that by such actions, the developers show that the objectification of women is developed in the company, since there is nothing reprehensible in sexuality in itself.

Earlier it became known that with the release of patch 9.1.5 in World of Warcraft: Shadowlands , three more items will also be renamed. Their names contained references to the male genital organ.

1/2 Paintings in World of Warcraft before and after