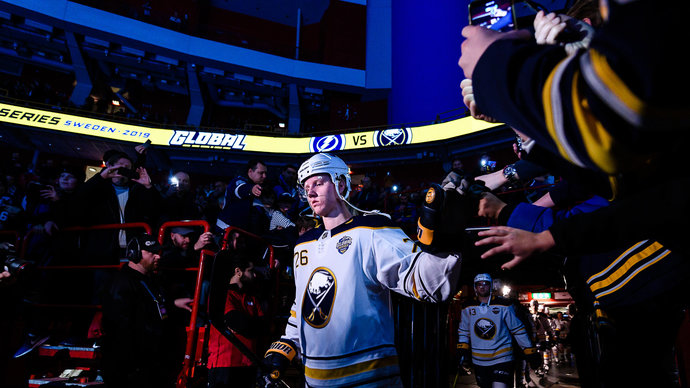 Under the agreement, the 21-year-old player will receive an average of $ 6 million a year.

Last season, Dalin scored 23 (5 goals, 18 assists) in 56 NHL regular season games, averaging more than 21.5 minutes per game on the ice. In total, in 197 meetings in the league, the hockey player scored 107 points.

As a reminder, Dalin was selected by Buffalo under the overall 1st draft pick in 2018. With 84 points in his first two seasons, the Swede became the second in league history, behind Phil Housley, to achieve this figure before reaching his 20th birthday.