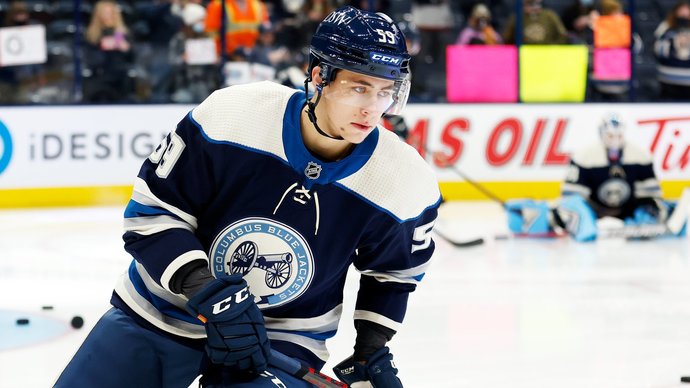 Russian Columbus forward Yegor Chinakhov said that the phrase “good job, good work, good goal next”, which he said after his debut goal in the NHL, was often used by Avangard head coach Bob Hartley. The striker also said that he ordered a T-shirt with his quote.

– It's from Bob Hartley. And I was somehow at a loss when I was congratulated after the game with Detroit. I am also ashamed to speak English. So it surfaced from the subconscious. He said what he said.

– Do you appreciate that this phrase has become a meme?

– Yes, I even ordered a T-shirt for myself. Found it on some site.

– I saw that it went on sale – with your slogan, for $ 25. I heard you are still in touch with Hartley? He writes something to you, encourages you.

– Yes, yes, yes, he constantly writes, congratulates on victories. I also write to him in response, when Avangard wins, gains points. We communicate, and I do not lose contact with the Omsk club.

In total this season Chinakhov played 10 matches for Columbus and scored four (1 + 3) points.