Columbus head coach: “The more I look at Chinakhov's game, the more I trust him.” 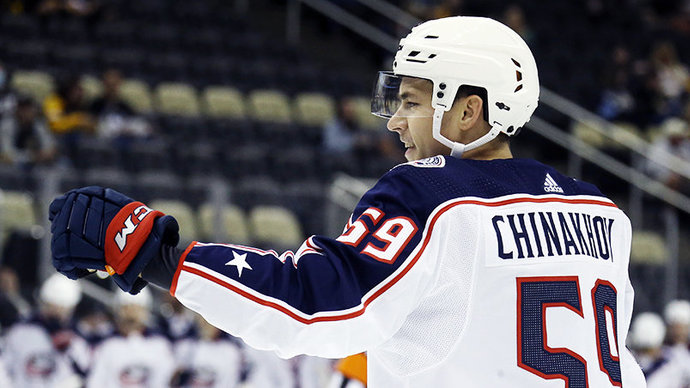 – He really has confidence in himself. But in the correct sense of the word, this is not arrogance. He's not afraid to play and believes in himself, and it's not just about puck possession. He really gets confidence every time he goes on the ice and tries to create moments for himself. Sometimes they try to pin him to the board or catch him for a forceful reception, but he sees everything and believes in his game.

He reads the game and plays unpredictably. He is a young guy, he still has a lot to learn. But the more I look at his game, the more I trust him. Let's see where this leads next. But he has already shown that he has not only an excellent throw, he can do a lot.

I think Chinakhov understands that his throw is working. And he knows how to open up and adapt to the transmission, he does it well. When there is an opportunity to shoot, he shoots and tries to shoot the puck into the goal. And if the pass is not very suitable, then he makes a pass and tries to create spice. And he has enough skill to create a dangerous moment, ”Larsen said.

Chinakhov played two matches in the current NHL season, in which he did not score with effective actions.