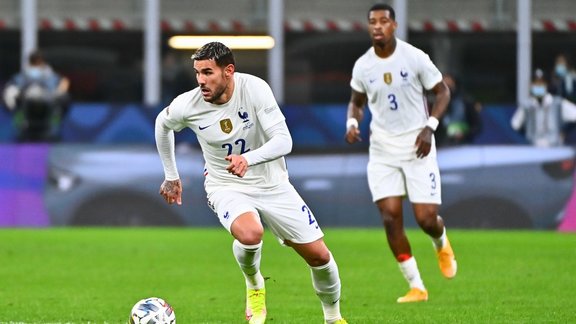 Although Leonardo seems to have his sights set on Theo Hernandez, the PSG sporting director is set to face a setback in this case. Explanations.

What if Leonardo tries again to recruit a left side? After Nuno Mendes , who should definitely become a PSG player at the end of his loan period next summer since the Paris Saint – Germain intends to exercise the € 40 million purchase option set by Sporting Lisbon according to Fabrizio Romano , and the return to competition of Juan Bernat , the sports director of PSG would not be satisfied. Indeed, the name of Theo Hernandez has come back with insistence lately on the side of Paris Saint-Germain.

Milan and Hernandez want to continue together

However, the situation would not work in favor of PSG . At least that's what calciomercato.com has revealed in the last few hours. According to the transalpine portal, the leaders of Milan AC would still expect to reach an agreement with the French international for a contract extension then binding him until June 2026, his current commitment to the Rossoneri club ending in the summer of 2024. Whether on the side of the Hernandez clan or the Milan executive committee AC , the trend would be towards an extension. PSG know what to expect.