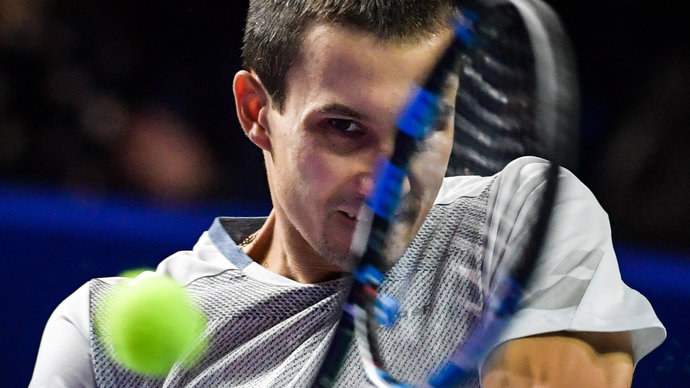 In the first round, he was defeated by the 107th number of the ATP rating Ricardas Berankis from Lithuania with a score of 6: 1, 6: 3.

Berankis replaced the Belarusian Ilya Ivashko at the tournament, who withdrew due to fatigue from a series of previous tournaments.