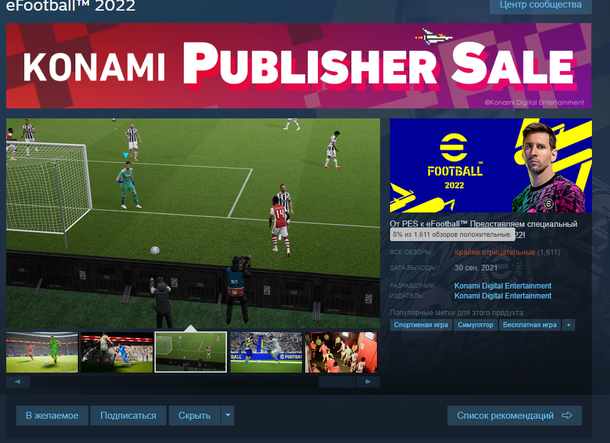 At the time of the publication of the material, more than 1.6 thousand users of the Valve digital store have shared their opinion about eFootball 2022. Only 8% of them recommended buying the game. Gamers criticized the level of graphics, blocked frame rates, low content, connection problems, crashes, and other aspects of the game.

The release of eFootball 2022 took place on the night of September 30. The game is available for free on PC, PlayStation 4 and 5, Xbox One and Series S / X. Konami has previously warned that the footsim will look like a demo on release. There are only nine teams and six stadiums available so far. Later in the fall, the first major update will be released bringing new modes to eFootball, including the FIFA Ultimate Team counterpart called Creative Teams.