Barcelona: Joan Laporta has decided for the succession of Koeman! 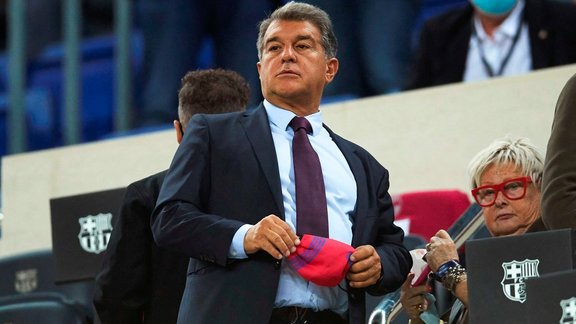 While FC Barcelona could very soon change coaches, Joan Laporta would already have a very precise idea of ​​the profile he is looking for.

The time of Ronald Koeman on the bench of FC Barcelona seems to be running out. Indeed, after a new disillusion this Wednesday in Champions League With a 3-0 loss on the Benfica lawn, the Dutch manager is more than ever in the eye of the storm. Thus, despite the end of his contract on June 30, the one who arrived in Catalonia a year ago could be dismissed from his post very soon. And for her part, Joan Laporta would already have an idea of ​​the ideal profile.

Indeed, according to the information unveiled by Mundo Deportivo, Joan Laporta would absolutely like to appoint a coach whose principles of game are close to those of Pep Guardiola and Johan Cruyff . It would even be a sine qua non for the president of FC Barcelona . This would therefore mean a coach adept at 4-3-3, the game of position and possession in the opposing half of the field. It remains to be seen whether Joan Laporta will be able to find the rare pearl.