ELO rating in sports betting, description and analysis of the effectiveness of the strategy 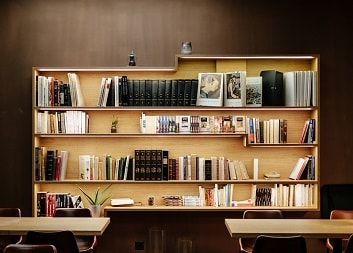 The sport is full of various systems that help professionals assess the current level of performance of teams and athletes in individual sports. Recently, one of these systems has been frequently mentioned on various specialized resources: it is called the “ELO Rating”.

Experts actively use it when analyzing matches in football, hockey, basketball, and other popular sports, but initially, 50 years ago, the Hungarian chess player Elo came up with this rating for his sport (chess).

How is the ELO rating calculated?

The ELO rating reflects the current potential of the team. It is calculated based on the results of the club's performance. In case of victory, the rating rises, in case of defeat, it falls. The level of the opponent plays a big role in the calculations: with a high-rated opponent, in the case of Victoria, you can score a large number of points, with a low-rated opponent, you won't be able to score many points. Let's take a look at a specific example.

This is the club's ranking, where we see that the first two lines are occupied by Bayern Munich with 2385 points and Manchester City with 2240. Let's say that these teams met in the Champions League final. In this match, in case of victory, each club will take 5% of its points from its opponent (this is the standard value of 5%). If Bayern wins, they will add to their piggy bank – 2240 * 0.05 = 112 points. As a result, Bayern will have 2497, while Manchester City will write off those 112 points and will have 2128.

Highly rated clubs facing low-rated opponents should never lose or draw, as this leads to loss of points.

The ELO rating is considered more correct in comparison with the FIFA rating, where both clubs earn points even if the result is a draw, and in case of defeat they simply earn nothing. It does not take into account the level of the opponent, in the fight against which it was possible to score points, which leads to distortions and delusion.

If we take the qualification of the Champions League, then some teams come across simple rivals, they easily beat them and earn points. And others come across difficult opponents, in the fight against them the club goes through the qualified rounds with great difficulty and makes its way to the group result. But in the end, both clubs gain the same number of points. There is no such thing in the system developed by the Hungarian chess player; it reflects the current balance of power as accurately as possible.

The ELO system is not very effective in the framework of national championships, with the exception of the starting rounds of the poorly known for the bettor of the championship. When the teams managed to play 5-6 rounds, they are evaluated according to the results of the matches played, revealing the style of play, the level of football, etc., there is no point in studying the ratings.

The system under study is of great help when betting on international competitions where national teams or teams from different countries meet, which makes a lot of confusion. It is difficult to understand how, for example, the fourth football club in Bulgaria in one of the qualifying matches of the Europa League surpasses or is inferior in the level of play to the third club in the Danish championship. Two sources will be of great help in this situation:

Such a rating on Clubelo can be seen in the semi-final of the qualification of the Europa League season 2020-2021, where two teams are allocated: Besiktas, which has 1538 points in its assets, and Riu Ave – 1523. According to the presented rating, these are rivals of approximately the same level , but such odds can be seen in Betcity for the face-to-face meeting of these teams.

“Riu Ave” is an obvious outsider of the meeting, but according to the ELO system these are two almost equal opponents. Having found such a discrepancy, the bettor then carefully analyzes both teams, studying: the current level of play based on the results of recent matches, injuries of the leading players, motivation to fight, etc.

It is worth waiting for the publication of the starting lineups of the teams. Such an analysis will make it possible to understand why the bookmaker's analysts decided to make the guests an outsider, where the home field factor was clearly at the heart of the line. If in the course of the analysis it was not possible to find out what was the reason for such a bias, then you can play on the side of “Riu Ave”, according to the supposed unjustifiably overestimated coefficient.

Here, the opponents in the qualification of the Europa League 2020-2021 are divided into pairs with an indication of their rating.

These are the lines for these matches put up by Betcity analysts.

As soon as an obvious discrepancy is observed within the framework of one of the matches, such a meeting becomes the object of increased attention for deep analytical work.

The ELO rating should not become the only source of analysis and bet selection, it should become a good assistant when choosing promising matches in international tournaments, where it is often difficult to compare the level of play of two teams from little-known championships.