Evgeny Donskoy: “Medvedev performed excellently, divinely and incredibly at the US Open” 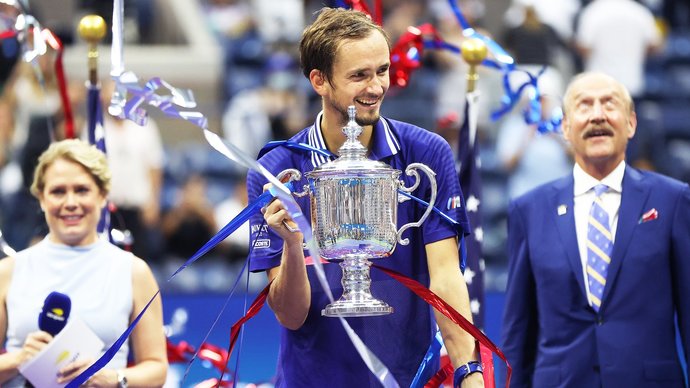 – In general, Daniil Medvedev performed at the US Open excellently, divinely and incredibly. Everyone was very happy. I think this is the coolest moment in Russian tennis over the past 15 years. Unfortunately, I did not watch the final, because I am at the tournament. But when I woke up, I immediately looked at the results. Sleep vanished like a hand. This is very cool. Honestly, I expected Danya to win. I really thought he had a chance. There are many factors, we discussed with some of the players here at the tournament, that Medvedev will not just give up, that he came to the final, losing only one set. Therefore, I expected a victory from him.

I can't say that before the final I thought that Djokovic had much more direct chances. It seemed to me that there would definitely be a fight, but in the end Medvedev defeated Djokovic even without a super fight. Danya moves very steeply on the court, plays very deeply, accepts well, although he stands far away. He sees when people go to the grid and can circle. If people don't go to the net, he tries to play deep. You seem to think that if he is standing there, then you can hold the ball and wait for a comfortable one, but no, if you play shorter, he will immediately press down. Danya makes very few mistakes, plays tightly. His presentation is simply incredible. I have no idea how he moves around the court like that with his height.

In the third set, I think, not the audience, but Daniel's nerves played a role by 5: 2 more. But I haven't seen the match, so it's hard to comment. When the audience cheers against you, it's not always hard. Sometimes you feed on and, roughly speaking, in spite of the same viewers, you try to win. It's easier to concentrate this way. When everything is for you, you are afraid to let these people down, when against – you play with yourself, – said Donskoy.

Medvedev won the first Grand Slam tournament. Previously, the Russian reached the TBS finals twice – in 2019 at the US Open and this year at the Australian Open.