How to use the theory of three matches in betting? 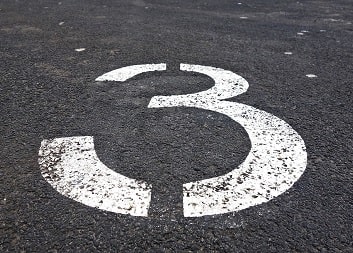 The Three Match Theory is a strategy based on the analysis of the main outcomes of a soccer match based on the last three games:

This approach is explained by the fact that it is the results of the three recent games that make it possible to obtain the most objective and reliable data for making a forecast.

For certain results, the team is awarded points.

The home team gets one point for a draw, and two points for a win. The difference in the score is also added, where the advantage of one goal is one point.

The points for the guest team are calculated in the same way.

In the last three personal meetings, three points are awarded for a victory, and zero for a draw and a loss.

What to bet on?

All points are summed up and give an idea of the superiority of one of the rivals:

Three rules of the strategy:

The theory is simple and straightforward, but let’s take a look at the match as an example.

The last fights of the owners in their native walls:

The results of three recent games between clubs:

The score is 7: 7. According to the strategy, a draw or a +1 handicap should be considered in favor of any team.

The theory of three matches has a right to life, however, in the form in which it is presented, the effectiveness of the strategy will be minimal. The fact is that the system takes into account only the results of the teams.

Perhaps one club has recently played with weak opponents, while the other has played with the leaders. In this case, the calculations will not be able to reflect the objective alignment of forces, even approximately.

Also, many other important factors are not taken into account – the level of motivation and personnel problems (injuries, disqualifications).

The bottom line is that it is advisable to use the theory of three matches as an auxiliary rather than an independent tool. Carefully consider the recent fights of opponents, but consider not only the number of goals scored, but also other factors.