How will the NHL fight covid? Without Sputnik, but with spectators 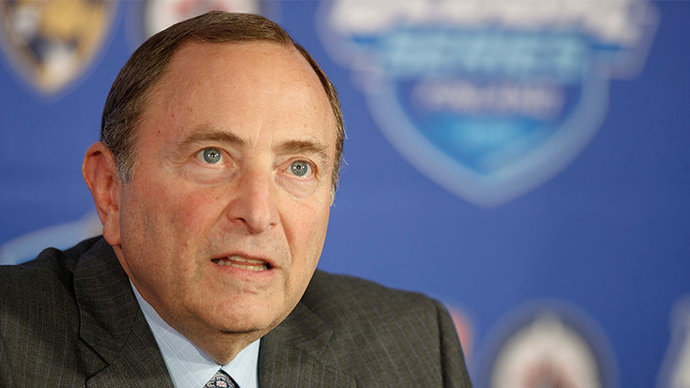 The losses incurred by the NHL due to covid are measured not even in millions, but in billions. The league ended the 2018/19 season, which preceded the pandemic, with a gain of $ 5 billion. In the next, unexpectedly interrupted, and then finished in the “bubble”, the NHL's revenues collapsed in half. In order to avoid another financial setback, Harry Battman and the players union want to thoroughly protect themselves from the coronavirus.

Vaccination is the key to success

A major step taken by the league is the introduction of mandatory vaccinations for staff who regularly interact with hockey players, as well as a strict recommendation for the players themselves to be vaccinated against the coronavirus.

However, among the vaccines suitable for being considered fully vaccinated, there are only those approved by the World Health Organization and the United States Food and Drug Administration. There are no Russian vaccines on this list. This is probably why Kirill Kaprizov, who signed a new contract with Minnesota, was vaccinated against covid not in Russia, but in Florida, where he flew before making an agreement with Wild.

NHL Vice Commissioner Bill Daly has announced that 99% of players will be fully vaccinated by the start of the season. An important role in this issue was played by the players' union, which strongly recommended that all hockey players get vaccinated in order to avoid possible financial losses, and even held conversations with those who doubted the need for such a step. But the main merit of such a high level of vaccination is the past two seasons full of prohibitions and restrictions. Most hockey players without hesitation agreed to be grafted, realizing that this would open the way for them to a more familiar and free way of life.

No vaccination – no salary

The main innovation of the league in the upcoming season is the ability to exclude unvaccinated players from matches, other team events and even departures in general, if required by local and federal laws. For example, unvaccinated hockey players from American clubs are more likely to miss all matches of the season in Canada.

The most important point is that any suspension due to lack of vaccination will be accompanied by a deduction of wages for each day of absence. As a result, this can cost players up to hundreds of thousands of dollars per season.

In addition, such hockey players will be tested daily for coronavirus, while vaccinated players are required to take tests only once every three days. They will also need to wear a mask at all times outside the gym and ice arena.

Plus, on the road, unvaccinated hockey players are not allowed to visit any other place other than the hotel and the ice arena, including the gym. On the issue of food, the rules are also very strict: players, of course, are prohibited from going to restaurants, as well as ordering food if it can only be picked up at the institution itself.

There are exceptions to the issue of vaccination of players. For example, a hockey player may not be vaccinated if he has a medical treatment or if it is contrary to his religious beliefs. However, if a player avoids vaccination for any other reason, in the event of a covid disease, insurance will not cover his treatment 100%. By the way, in case of severe illness and hospitalization, the cost of treatment in the USA and Canada can reach 80 thousand dollars.

What to do with unvaccinated hockey players?

According to Daly, there will be “less than 15 people” left in the league with unvaccinated players at the start of the season. The most famous among them, perhaps, forward Tyler Bertuzzi from Detroit. His losses in the coming season will amount to at least $ 450,000 – that is the amount he would have missed nine regular season matches that the Red Wings will play in Canada. With all this, Bertuzzi is Canadian. However, having a passport does not exempt him from having to be vaccinated to travel home.

Despite the fact that the NHL did not introduce mandatory vaccinations for hockey players, the current situation shows that refusal to get vaccinated could cancel out dreams of gaining a foothold in the overseas league. While Bertuzzi is not facing any sanctions at Detroit yet, lesser-known players suffer from their adherence to integrity. For example, Islanders general manager Lou Lamorello admitted a few days ago that he could not decide the fate of the only unvaccinated hockey player on his team, whose name was not disclosed. Among the options is a link to one of the European clubs. And 31-year-old Zach Rinaldo, who has nine seasons in the NHL, due to lack of vaccination, did not receive an invitation to the Columbus training camp.

What about the audience?

In this matter, the NHL was guided by sanitary standards established at the federal level in the United States and Canada. Almost all arenas where NHL clubs play will be able to operate with 100 percent occupancy. Vaccinated fans or spectators with a negative coronavirus test will be allowed into 14 out of 32 stadiums. Half of the stadiums will also need to wear a mask. Only the arenas “Montreal” and “Vancouver” will operate in a limited mode – for the games “Canadiens” will be allowed 33% of the total possible number of spectators, for the matches “Canucks” – 50%.