Large-scale fan mod will be released for Gothic II 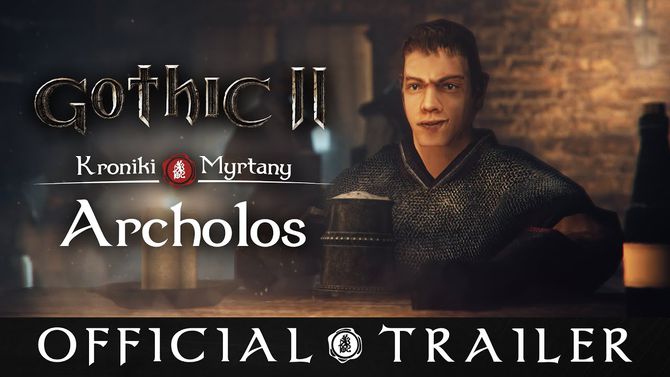 The Chronicles Of Myrtana Team has announced a release date for the Chronicles of Myrtana: Archolos fan-made DLC for Gothic II – the release will take place on December 10 on Steam. This is a large-scale free modification, with which more than 170 quests will appear in the game.

According to the developers of the mod, it will take players about 60 hours to complete all the additional content. In addition to a large number of tasks, 1.4 thousand new NPCs and more than 200 random events will appear in the game.

The authors believe that they managed to make the story canon: according to the plot, the main character is a refugee who arrives in Myrtana because of the war in his homeland. “Marvin will have to find a way to survive in this country of betrayal, opportunism and opposing interests,” – this is how the plot of the plot is described on the official website of the mod.

Earlier on Steam , a remake page of the first Gothic became available, on which the studio Alkimia Interactive is working. The release date of the game is still unknown.

Subtitles in Russian are available in the video