Leonid Vaysfeld: “For Kaprizov, a five-year contract with Minnesota is better than eight.” 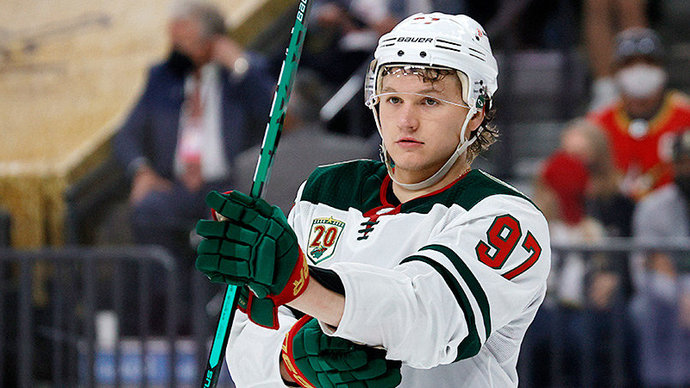 The well-known hockey functionary and Match TV expert Leonid Vaysfeld shared his opinion on why the negotiations between Kirill Kaprizov and Minnesota on a new contract dragged on.

– It was initially obvious that Caprice and Minnesota would agree. But it was required first to agree on all the terms of the contract. This is a very large contract, by far the largest for Minnesota. Moreover, Theofanes is a very experienced agent. No wonder the negotiations dragged on for so long. More importantly, they ultimately satisfied both sides.

For Kirill himself, a five-year contract is better than eight. After all, there are no prerequisites that the forward will suddenly play worse . Whims – a young and ambitious striker, it is much more likely that over time he will add even more.

Why does a Russian need a clause banning exchange in the last two years of the agreement? Adult players are eligible for this option. Not all cities and clubs are the same. Including in the NHL. Even taxation varies from state to state. Therefore, if the club intends to make an exchange, it must at least agree on it with the player. For a hockey player, this is an important point. Otherwise they will send him to the polar bears, but he will not be able to resist it .

Why is it difficult to imagine such lengthy negotiations in the KHL, while overseas it is a common practice? The reason is simple. If we have a player who, at the age of Kaprizov, can dictate his terms to the club, then he, as a rule, leaves for the NHL. As for adult hockey players … Well, Andrei Loktionov refused to move to Khabarovsk. And his negotiations with the club also lasted almost until the start of the championship, – said Weisfeld.

We will remind, on September 22 it became known that the 24-year-old Kaprizov signed a five-year contract with Minnesota, and the total amount of the transaction was $ 45 million.

Last season, the Russian took part in 62 games for Minnesota and scored 54 points, becoming the winner of the Calder Trophy as the best rookie in the league.