Mercato | Mercato – AS Monaco: Nübel's confidences on his adaptation! 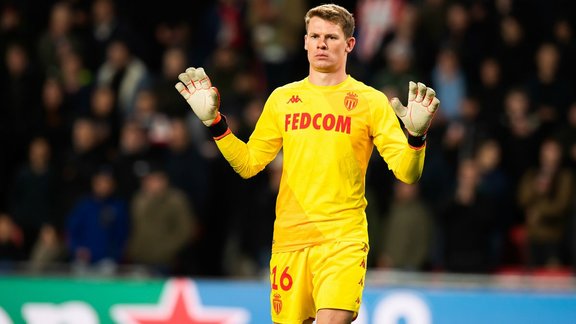 Loaned for two seasons during the last summer transfer window by Bayern Munich to AS Monaco, Alexander Nübel confided in following his first months in Ligue 1.

Alexander Nübel saw a mixed start to the season within the AS Monaco cages. In 13 Ligue 1 games this season, the German has only managed to finish a game twice without conceding a goal. In an interview for L'Équipe, the 25-year-old goalkeeper spoke of his adaptation to the France championship: “It's pretty much the same football (as in Germany). What can change is more the way each team plays and we in Monaco have strong ball possession, with opponents who often stay very low. So I’m involved in quite a few actions in a game. I thought I would be a little more. It’s a bit like Bayern. I have to be present on these balls, maybe once or twice per game. It's harder than when you get ten or fifteen hits in the match. “