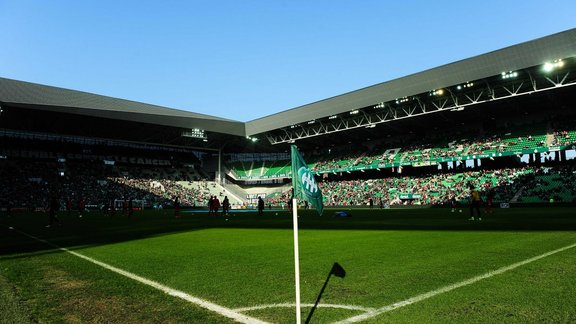 As the process of selling ASSE continues, an important new project has reportedly entered the discussions competing with TSI and Russian billionaire Sergei Lomakin.

On November 23, ASSE announced that it had rejected the offers of Jean-Michel Roussier and Olivier Markarian . But what could have been a cold snap for the sale of the club, was in reality only a first step. And for good reason, through a press release, Roland Romeyer and Benard Caïazzo revealed that “new candidates presented themselves with files which meet the criteria requested by KPMG”. The first of these candidates quickly filtered out since it was Roman Dubov , president of Total Sports Investments LLP , who was present in the stands of Geoffroy -Guichard Sunday to attend the match against PSG . This project is also supported by the Russian billionaire Sergeï Lomakin , 986th world fortune according to Forbes.

An American company well known in the world of football

But that's not all since Le Progrès revealed the existence of two other candidates for the takeover of ASSE , one of whom has already invested in a football club. And this Friday, L'Equipe reveals its identity. They are 777 Partners . This private investment company based in Miami, Florida is already a minority shareholder of Seville FC , but especially recently bought 99.9% of the shares of Genoa for 150M € and has just placed Andrei Shevchenko on the bench of the oldest professional club in Italy. This therefore proves the financial power of the American company founded in 2015 by Steven Pasko and Josh Wander . And according to L'Equipe, 777 Partners is a juggernaut that has the means to fulfill its ambitions.