Mercato | Mercato – ASSE: Claude Puel responds to the enormous anger of the supporters! 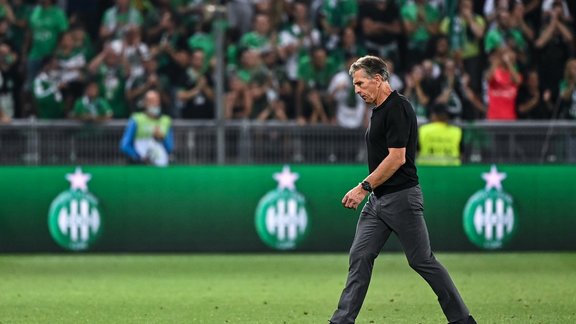 While his departure is demanded by many supporters of ASSE, who let their anger explode this Friday before the match against Angers, Claude Puel spoke on the subject at the microphone of Amazon.

The opening of the 11th day of Ligue 1 was marked by new incidents in the stands, this time on the side of Geoffroy Guichard. Unhappy with the current situation of ASSE , supporters expressed their anger by throwing numerous smoke bombs on the lawn before the start of the match against Angers , which was ultimately delayed. Led on time, the ASSE finally managed to get the point of the draw in the last seconds of the game (2-2), which should give a reprieve to Claude Puel, whose departure is claimed by the supporters. A subject on which returned the coach of the Greens this Friday evening.

“What interests me in these moments is to remain pragmatic, to be professional”

Asked by Prime Video on its ability to win back the hearts of Saint-Etienne supporters, < strong> Claude Puel preferred to emphasize the sporting aspect. “What interests me in these times is to be pragmatic, to be professional. Like I said, being close to my players and seeing them lift their heads like they did today, and then go for the win and gradually move up the standings. Once again, there is a quality group, if we manage to move up the rankings, everything will be done naturally with our audience and our environment. “